vivo sub-brand iQOO is gearing up to launch its next flagship smartphone, the 11 Pro, which will be among the first devices to use Qualcomm's new Snapdragon 8 Gen 2 SoC. Not the first, mind you, as the X90 Pro+ from vivo has that crown.

Today an iQOO 11 Pro prototype ran Geekbench 5, and that means its result is now available for all to see in the benchmark's online database. The phone managed a 1,466 single-core score and a 4,686 multi-core score. 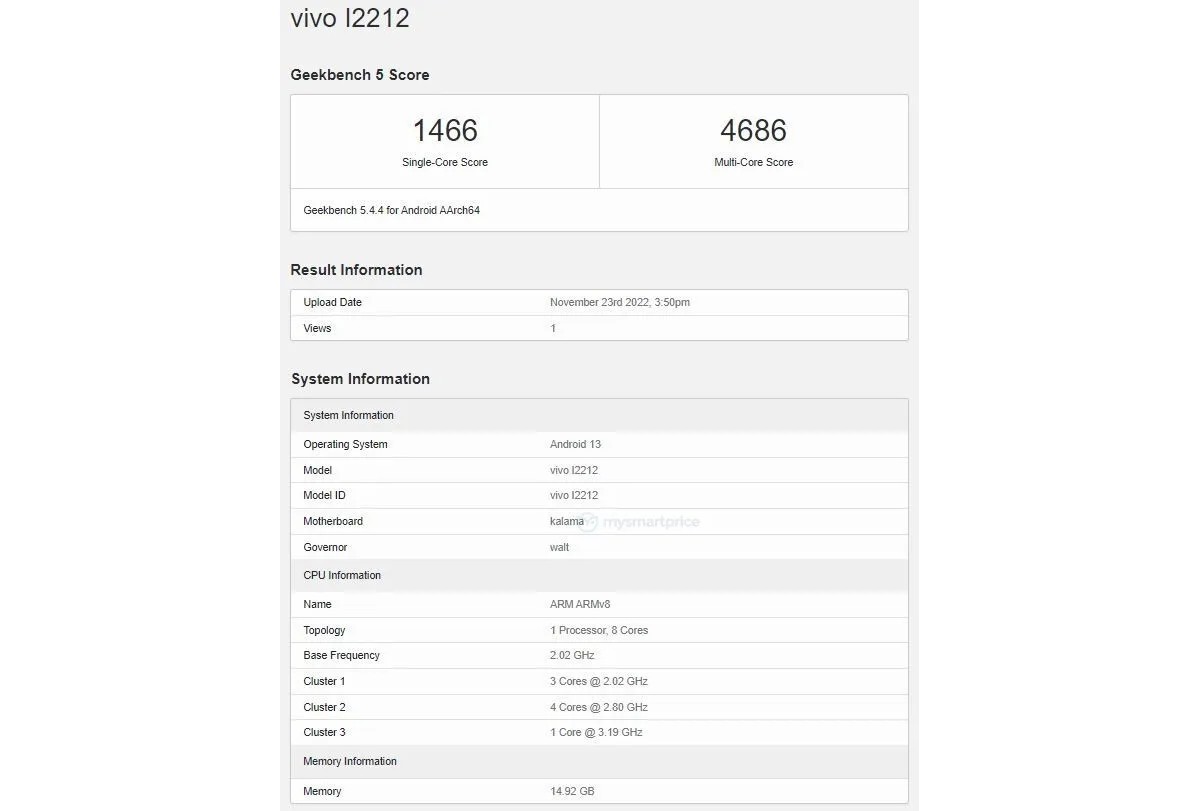 The benchmark run confirms that the iQOO 11 Pro will indeed be powered by the Snapdragon 8 Gen 2, aided by a whopping 16GB of RAM in the top version. The handset will run Android 13 from day one, and its model number for the Indian market is I2212.

According to previous leaks and rumors, the iQOO 11 Pro should have a 6.78-inch 120 Hz Samsung E6 AMOLED touchscreen, which sounds identical to the vivo X90 Pro+'s, and a 4,700 mAh battery with 200W wired charging support. The BMW M Motorsport inspired design for the iQOO 11 series has basically been confirmed earlier today through another leak.

The iQOO 11 family will be made official on December 2.

16 seems like more than you need to just run smoothly. 12 does me plenty good running a Psp emulator with YouTube playing as on overlay

Was this test conducted with the phone submerged in ice water?