Weekly poll: would you be interested in one of the Xiaomi Redmi Note 12 phones?

Xiaomi broke new ground with the Redmi Note 12 series. Not only is this the first mid-range series to feature a 200MP camera, this series is also home to the first phone to break the 200 Watt charging barrier.

Note that the four models are available only in China for now, but they should launch to an international audience soon enough. When they do (and assuming there aren't any deal-breaking changes), would you buy one?

We’ll start with the Xiaomi Redmi Note 12 Pro as it is the linchpin of the series. It is equipped with a 6.67” 120Hz OLED display (10-bit panel, Dolby Vision) and is powered by the Dimensity 1080 (an upgraded 920, the reason for which will become clear in a moment). There is also a 5,000mAh battery on board with support for 67W fast charging.

The Xiaomi Redmi Note 12 Pro+ improves on two things over the regular Pro. First, the camera switches over to the ISOCELL HPX, a 200MP 1/4” sensor (0.56µm pixels), still with OIS. The remaining cameras are the same (meaning 8MP ultra wide, 2MP macro and 16MP selfie).

The second upgrade is to the 5,000mAh battery that now supports 120W fast charging. This means that a full 0-100% charge can happen in just 19 minutes, down from 46 minutes on the regular Pro.

The Xiaomi Redmi Note 12 Explorer is like a Pro++. It keeps the 200MP main camera but upgrades the charging tech even further – this is the world’s first phone that can take in 210W. Note that the battery is smaller at 4,300mAh. On the plus side, 5 minutes of charging take it to 66%, another 4 minutes get it to the full 100%. It’s quite impressive, though unless you love cutting edge tech, you should probably stick with the Pro+.

This only leaves the vanilla Xiaomi Redmi Note 12. This is the only one of the series not featuring a Dimensity 1080, instead it uses the new Snapdragon 4 Gen 1 chipset. Also, the camera department has been demoted to a single 48MP camera on the back, a 2MP depth sensor and an 8MP selfie cam (no ultra wide, no OIS on the main module). 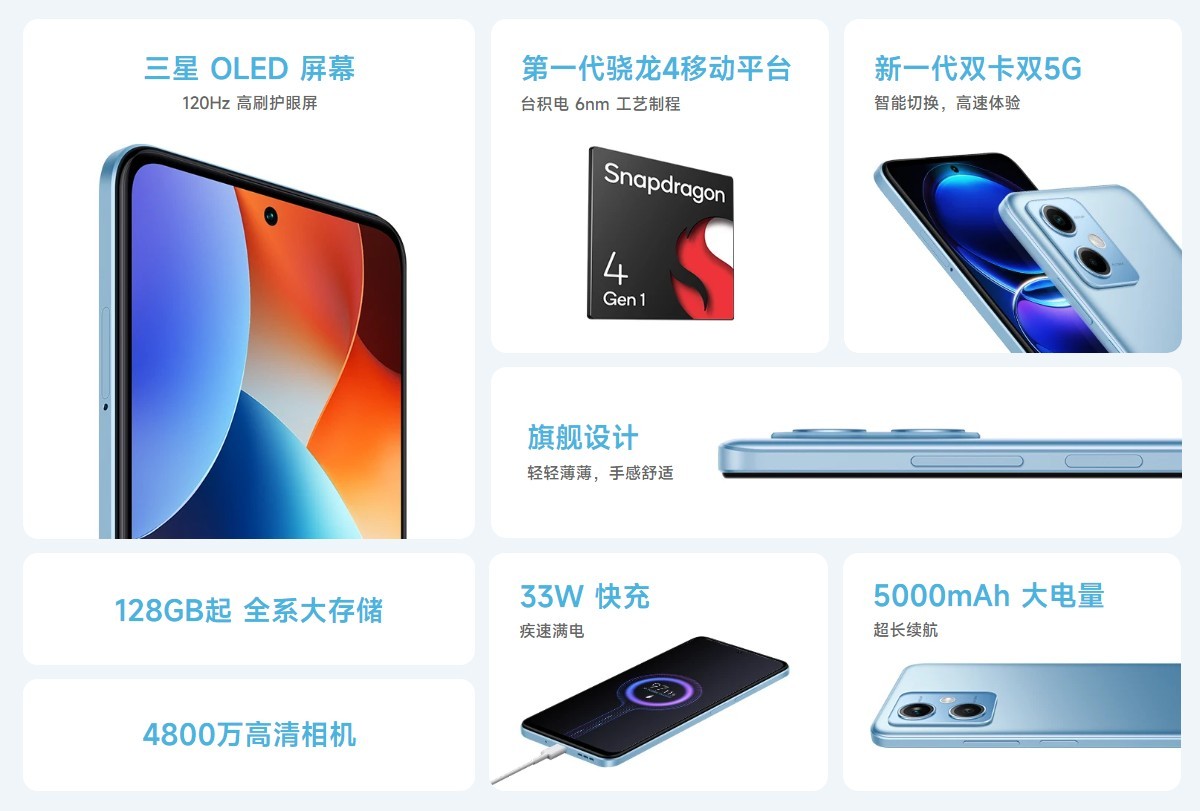 The 6.67” 120Hz OLED display is the same size and resolution as the displays on the other three, though it’s not a 10-bit panel and it doesn’t have Dolby Vision. Similarly, the 5,000mAh battery drops down to 33W charging (still pretty fast, just ask Apple, Samsung and Google).

PS. The Redmi Note 12 series is already off to a good start, Xiaomi sold 350,000 units in the first flash sale.

Dude how much bigger battery do you want 5000mAh is literally a wall hitting point unless the phone size gets bigger or new battery technology is discovered. Like there are also other factors like chipset NM where the smaller NM are the more power ef...

Definitely won't want any of these just way too much sillyness All of there's smartphones be horrible too live with and I be horrified of plugin a 200w mighty Changer 200mp camera is insanity and again a total waste your budget ...

right? That like totally makes up for the missing sd card slot doesn't it? It really does. Without 3.5mm audio jack your battery will die much quicker and listening to music will drain your battery a lot! Trust me. Never again will I buy a phone...