The Reno8 series has been out in China for almost two months now, but this is the first time the Reno8 and the Reno8 Pro step outside of their home country. The global versions of the handsets are slightly different from their Chinese counterparts, although the changes are rather negligible. 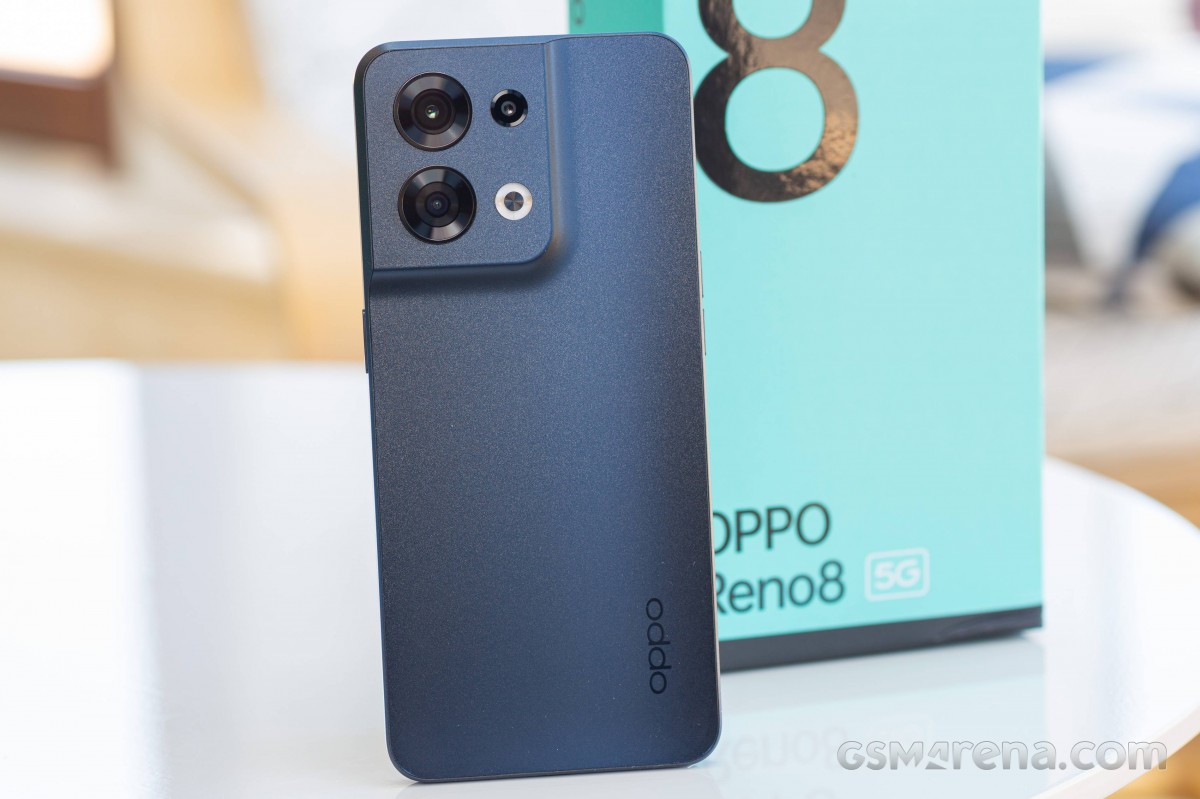 The focus of this review would be the vanilla Reno8, and it swaps out the depth sensor on the Chinese version for a full-fledged camera - an 8MP ultrawide one, to be exact. The rest of the specs are pretty much identical.

The handset features a bright 6.43-inch 90Hz OLED panel, which would most likely attract users looking for something more compact because, let's face it, 6.43" in 2022 is in the lower size range. Being small doesn't mean being small on features, though. The Reno8 runs on a very potent Dimenstiy 1300 SoC and has two standout cameras.

Oppo Reno8 specs at a glance:

Oppo is particularly proud of using Sony's 50MP IMX766 sensor as the main shooter, which is fairly large- 1/1.56" and offers 1.0µm pixels. On the front, the Reno8 carries an Oppo-exclusive 32MP IMX709 sensor with an RGBW filter allowing for an improved selfie performance. That's one of the phone's selling points, after all. It's important to note, though, that the Reno8 Pro has the same exact camera setup, so if the camera performance is your main priority, the Reno8 would probably do while being significantly cheaper than the Pro. 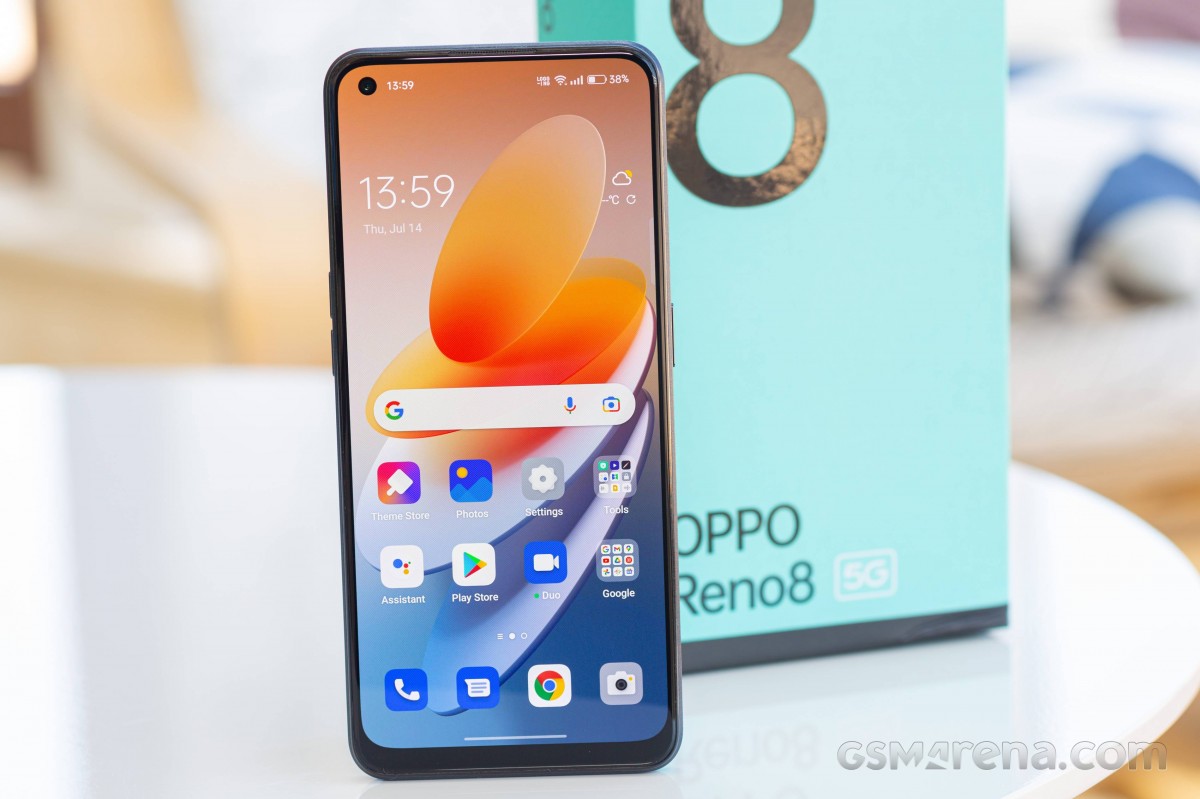 The vanilla option also doesn't skip the blazing-fast charging. The same 4,500 mAh battery supports 80W SuperVOOC charging protocol from Oppo, although countries with 110V power grids can get only 66W out of the same brick.

It's probably worth noting that the Oppo Reno8 is almost identical to the OnePlus Nord 2T. The main difference between the two is the design and the OS. OnePlus' OxygenOS is still somewhat cleaner than Oppo's ColorOS, so it strongly depends on one's personal preferences towards Android skins.

So in a sense, this review can be used as a reference when looking for OnePlus Nord 2T-relevant information. Most, if not all, of the results from our tests, would be applicable to some extent.

The Oppo Reno8 ships in a standard box containing all the usual user manuals along with the corresponding 80W SuperVOOC charger and a USB-A to USB-C cable. 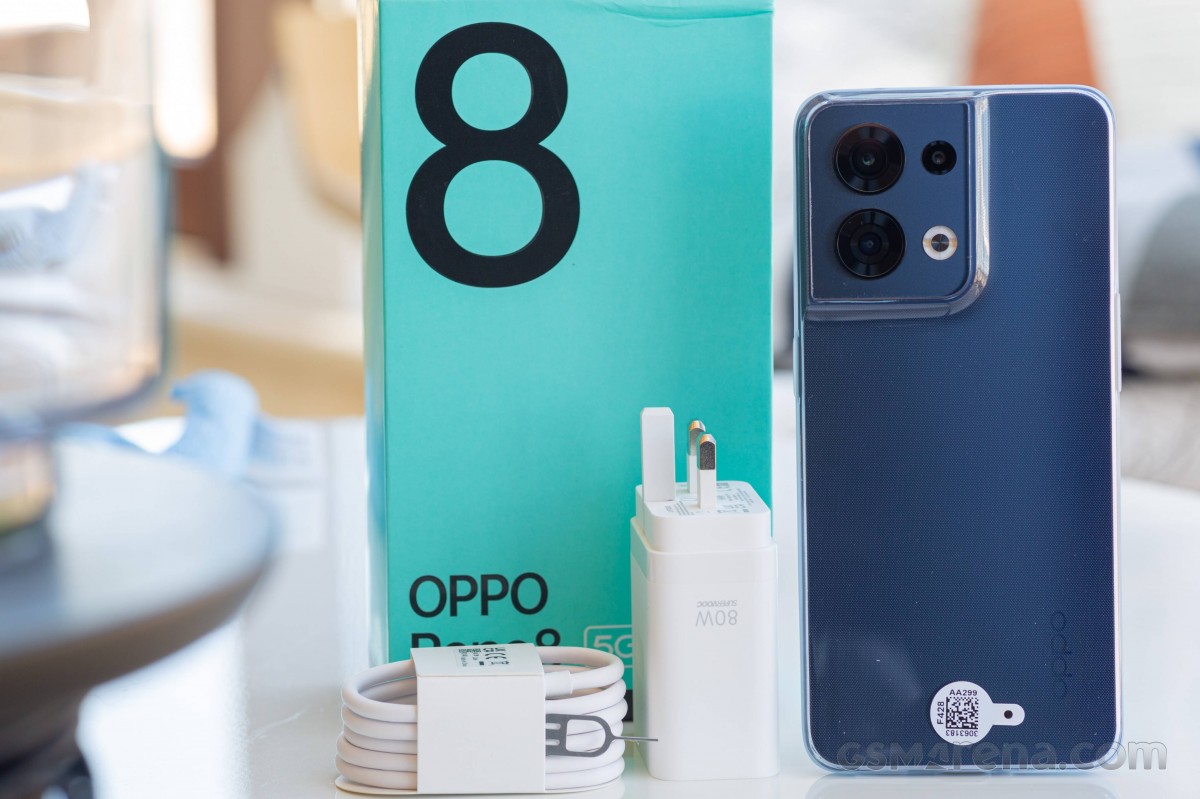 Oppo has included an extra case for the phone, which is transparent, so it doesn't conceal the overall design. And it's a great option until you find a case that fits you best.

Video from the selfie camera is absolutely terrible. The texture trembles and it's noisier than even the old Oppo K3. Really disappointed by Oppo. Vivo is more reliable. Have had the V11 Pro, V15 Pro and now X80. Each better than the other.

You have a problem , what about vivo V25 that used same processor with Reno8 . It not mandatory to used Oppo phone it u know it not a good taste for. Many people that need the version will go for it and also going for it becos i love Oppo phone bette...

It was also destroyed when they decided to release 8 variants of this. A 680 soc? Lmao what a terrible processor