MediaTek unveiled its latest flagship chipset - the Dimensity 9200 and it brings several firsts to the smartphone industry. This is the first chipset to launch with the Arm Cortex-X3 prime core clocked at 3.05 Ghz and based on the ARMv9 architecture. The CPU also brings 3x Arm Cortex-A715 cores clocked at 2.85GHz and 4x Arm Cortex-A510 cores at 1.8GHz. The new chip is fabbed on the 2nd generation TSMC 4nm process (N4P). 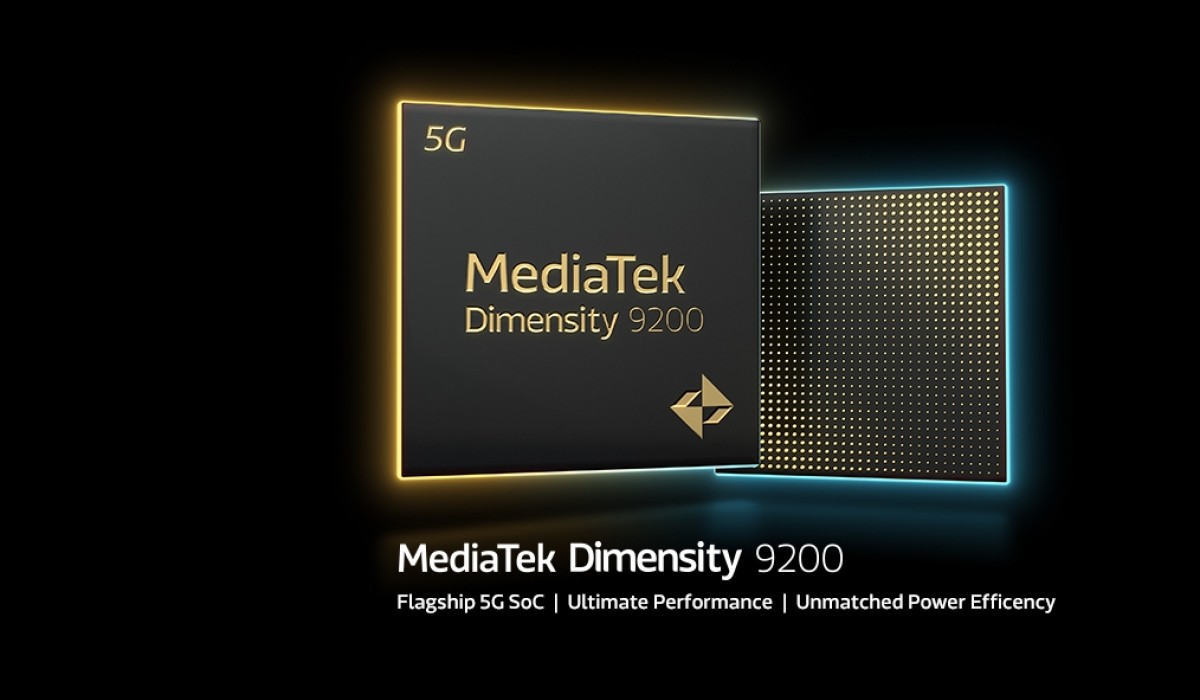 MediaTek is also bringing a sixth-generation AI Processing Unit - the APU 690 which brings a 35% improvement over its predecessor in the ETHZ5.0 benchmark app. The chipset also brings support for speedy LPDDR5X RAM with support for up to 8,533Mbps memory and UFS 4.0 storage for blazing-fast data transmission and direct storage access to the CPU cores.

Dimensity 9200 supports up to two 5K resolution displays at 60Hz, WHQD at 144Hz and 1080p at 240Hz refresh rate. This is also the first chipset to support Wi-Fi 7 with up to 6.5Gbps data transfers. Both sub-6Ghz and mmWave 5G connectivity are also on board as is Bluetooth 5.3.

The Imagiq 890 ISP brings native support for RGBW sensors alongside 34% more power savings. MediaTek’s eXtreme Power Saving Technology is an AI-based feature that claims to use up to 30% less power.

The first Dimensity 9200-powered phones are expected to launch by end of 2022 which is less than two months away at this point.

Lets all just appreciate the competition, without it technology wouldnt advance.. there needs to be a fight to be the best/fastest chipset outthere. Mediatek is killing it lately with their chipsets, they are excellent

The CPU upgrades are highlights along with the gaming prowess in this mediatek powered smartphone.

Gpu from 900mhz up too 1200mhz , now I have cpu kicking in too help Gpu, Normally cpu will never kick in on any standard phones, Increased buffer cache up by 40% I can get 120fps, but huge battery drainage at 30% more