So we've got three Galaxy S20s with rumors of Lite spin-offs on the way, three iPhone 11s and mumblings of an even larger Apple family this year, a sizeable bunch of Mi (Note) 10s, and several Find X2s. Pros and Lites, and Pluses, and Maxes, and Notes and whatnot.

To be fair, LG's upper echelon hasn't been a masterclass in clarity itself. G8, G8x, G8s? Which market gets what, is it a midranger, is it a flagship, how many cameras does it even have - the G8 situation was the worst with some markets getting three, others two, on a handset with the same commercial name. And that ThinQ at the end was always more of a nuisance than a true brand identity. The V lineup has been somewhat more straightforward, though the V50S was but a 5G version of the G8X for South Korea. 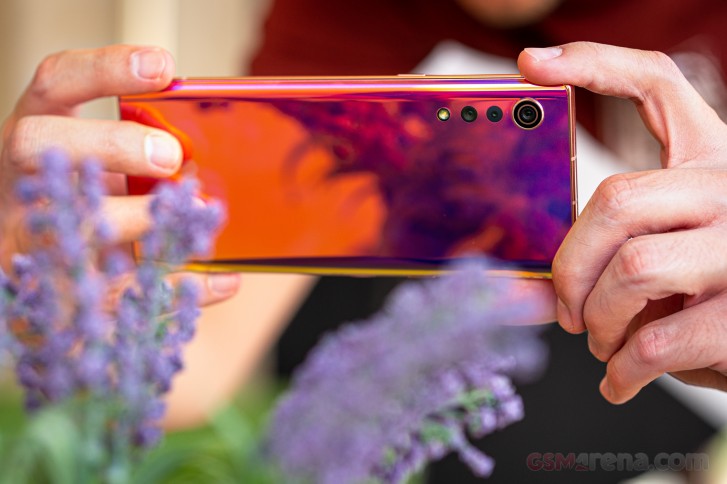 There'll be none of that anymore. LG's giving up on the alphanumeric gibberish, and will be making phones that have expressive names, character and individuality, and the Velvet comes first. 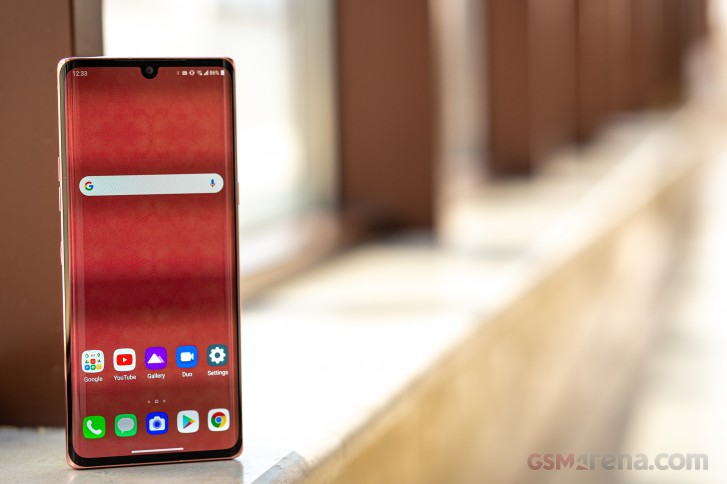 It's a premium offering - the Velvet has a glass-aluminum build with IP68-qualifying sealing, properly stunning paintjobs, curved and extra tall OLED display, 5G capability. It has some mid-tier DNA too - that 5G-capable chipset comes from Qualcomm's 700 series, the camera system uses a middle-of-the-road 48MP main unit and is missing a telephoto, the 6.8-inch OLED maxes out at 60Hz. LG's goal for 'differentiated products with a clear character' shines though, even in the dryness of specsheet below.

The Velvet arrives in a relatively plain white cardboard box with its name stamped in a sleek typeface. LG's logo is relegated to one of the short sides of the box.

Inside the package, you'll find an adapter, rated at 9V/1.8A - so just 16.2 watts, and far from the promised 25W PowerDelivery support. It's also on the QuickCharge branch of the QC/PD compatibility as it has a USB-A port. A USB-A-to-C cable is included, naturally.

Also included is a set of in-ear headphones with nice attention to detail like braided cables and a reinforced L-shaped plug. LG may not be advertising QuadDACs this time around, but its focus on audio apparently remains. 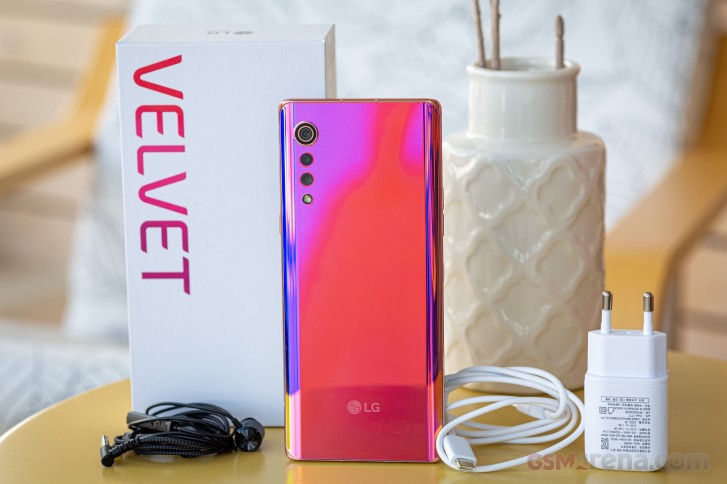 Pre-orders of the LG Velvet in some markets will be getting a whole bunch of extras. Starting with the least important, those include a silicone case, but also a pair of truly wireless earphones, and finally and most importantly, the Dual Screen accessory. We got that last bit as part of the reviewers' package and we'll go over its functionality in due time. It has its own box, inside it - the snap-on screen and its magnetic port coupler. 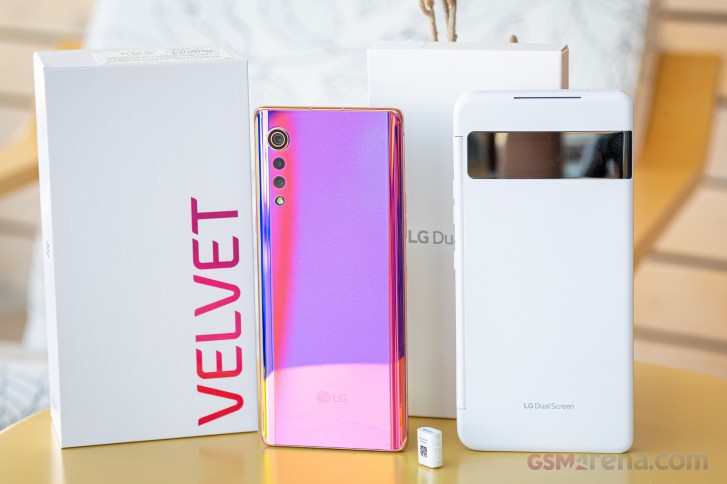 Is this phone has eSim?

Where can we buy as of today this LG Dualscreen Case for velvet? Thanks

It has a built in modem in the processor SD-765G which came in oneplus NORD too.there might be not as much bands supported and your service provider might not have the requisite band.